For every jewelry purchase made on our site, Jex Studio donates 5% of the proceeds to select social and environmental causes.

At Jex Studio, we want to empower people of all backgrounds, nations and ages to get into the habit of charitable giving. Our handcrafted jewels are offered in a wide range of price points to encourage philanthropic donations in conjunction with your support of small independent business.

“With the jewelry I create from my heart, you can do good from yours - help others and adorn yourself with something beautiful and special, that is also made ethically”
- Amanda Jex 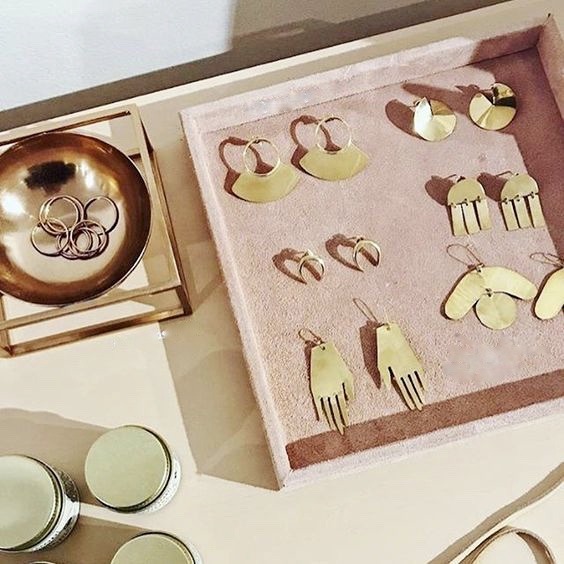 Since 2008 a portion of all jewelry sales has been donated towards benefiting organisations such as:

Crisis was formed in 1967, as an urgent response to the growing homelessness crisis in the UK. Since then they have helped tens of thousands of people out of homelessness.

How Crisis helps someone depends on their individual needs and situation. It could be with finding a home and settling in, getting new skills and finding a job, or help with their health and wellbeing. They consistently use research to find out how best to improve services and find wider solutions to homelessness.

Every year, Crisis campaigns for change.. they provide vital help so that people can rebuild their lives and are supported out of homelessness for good. They offer one to one support, advice and courses for homeless people in 12 areas across England, Scotland and Wales.

The White Ribbon Campaign (WRC) is a global movement of men and boys working to end male violence against women and girls. It was formed by a group of pro-feminist men in London, Ontario in November 1991 as a response to the École Polytechnique massacre of female students by Marc Lépine in 1989. The campaign was intended to raise awareness about the prevalence of male violence against women, with the ribbon symbolizing "the idea of men giving up their arms". Active in over 60 countries, the movement seeks to promote healthy relationships, gender equity, and a compassionate vision of masculinity.

Greenpeace is a movement of people who are passionate about defending the natural world from destruction. Their vision is of a a greener, healthier and more peaceful planet, one that can sustain life for generations to come.

Greenpeace is independent. They don’t accept any funding from governments, corporations or political parties – their work is funded by ordinary people. That means they are free to confront governments and corporations responsible for the destruction of the natural world and push for real change.

Greenpeace does this by investigating, documenting and exposing the causes of environmental destruction. They work to bring about change by lobbying, consumer pressure and mobilising members of the general public. And they take peaceful direct action to protect our Earth and promote solutions for a green and peaceful future.

Benefiting the study, management and conservation of sharks, skates and rays. 73 million sharks are killed annually because of the high demand for their fins, causing many shark species to be at risk of extinction. As essential predators, their depletion effects the health of the entire ocean ecosystems.

All TST projects, campaigns and policy actions aim to drive progress towards their 3 key goals:

RESPONSIBLE TRADE – The Shark Trust seeks to promote responsible trade and reduced demand for non-sustainable shark products.
The organisations conservation goals set the agenda for their work. They pursue these goals through projects and campaigns that bring together different players.

The Downtown Eastside (DTES) as a neighbourhood is well-known within the designers adopted city Vancouver, BC and even across Canada. It is known for its disproportionate levels of poverty and extreme marginalization. Founded in 1978, DEWC is one of the few safe spaces within the Downtown Eastside exclusively for self-identified women and their children.

Women and children are particularly vulnerable to exploitation, injustice and injury. The Downtown Eastside Women’s Centre provides practical support to over 500 women, children and seniors, every day. The community works towards increasing awareness of systemic injustice and inequalities that contribute to women’s vulnerability. One of The Downtown Eastside Women’s Centres goals is to bring awareness of poverty and violence issues to the general public and to the government.

As well as providing a refuge and shelter from conditions of poverty and violence, the Centre provides basic necessities including hot meals, clothing, secure mailing addresses, phone/computer access and functioning & secure toilet and showers.

The Centre assists women with their immediate and crisis needs so they can develop stability and access the resources they need to improve health, family, employment and housing situations. The centre promotes positive change by offering individual long-term support, education, advocacy, peer mentorship and exposure to alternatives.

The Stollery Children's Hospital hosts the only pediatric emergency in northern Alberta, Canada. It is the referral centre for all complex pediatric heart surgeries and transplants, a major organ transplantation centre, home to Canada's largest regional program for neonatal intensive and intermediate care, and provides some of the most advanced treatments for child-health issues in Canada.

Every child has a right to their education, and periods should never, ever be a barrier. Launched in April 2017, Free a campaign, that Periods is strives to end period poverty in schools.

After 2 years of campaigning against the injustice of period poverty in the UK, in early 2020, it was announced that every child in England will be able to access menstrual products when they need them, as free products will be provided in all schools and colleges.

The United Nations has noted that up to 30 percent of Afghan and Nepalese girls miss school every month during their period, while in India around 20 percent drop out of education entirely after their period begins. Going forward, Free Periods wants to work with in-country menstrual rights groups to coordinate national level, youth-led social movements, empowering people to pressure their national governments to introduce free period products in schools.

Doctors Without Borders (MSF) is an international humanitarian medical non-governmental organisation (NGO) founded in 1971. The association is made up mainly of doctors and health sector workers and is also open to other professions which might help in achieving its aims.

MSF's mission is to provide lifesaving medical care to those most in need.

The organisation provides assistance to populations in distress, to victims of natural or man-made disasters, and to victims of armed conflict. They do so irrespective of gender, race, religion, creed, or political convictions while observing neutrality and impartiality in the name of universal medical ethics and the right to humanitarian assistance.

ActionAid is an international non-governmental organization whose primary aim is to work against poverty and injustice worldwide.

More specifically ActionAid supports and campaigns with women and girls living in some of the world’s poorest places as they challenge the root causes of poverty and injustice. Supporting women and girls as they claim their rights and lead their communities out of poverty is the most effective way of changing lives for good.

ActionAid stands with the courageous women speaking out for change in their communities, and backs the grassroots women’s rights organisations they lead. They challenge harmful societal norms which create gender inequality and allow abuses like violence against women and girls to continue.

ActionAid tackles unfair economic systems that hold women and girls back, and promote their access to justice. They ensure that local women’s rights organisations are at the forefront of humanitarian response work.

Chanie Wenjack, misnamed Charlie Wenjack by his teachers, was an Anishinaabe boy born in Ogoki Post on the Marten Falls Reserve on January 19th, 1954.

Chanie’s story, tragically, is like so many stories of Indigenous children in Canada; he fell victim to Canada’s colonization of Indigenous Peoples. In 1963, at the age of nine, Chanie was sent to the Cecilia Jeffrey Indian Residential school in Kenora, Ontario. In 1966, at 12-years old, Chanie ran away from Cecilia Jeffrey, attempting to reunite with his family 600 kilometers away in Ogoki Post.
Nine others ran away that same day, all but Chanie were caught within 24 hours. Chanie’s body was found beside the railway tracks on October 22, 1966, a week after he fled. He succumbed to starvation and exposure. In his pocket was nothing but a little glass jar with seven wooden matches.

Gord Downie was the lead singer, songwriter and driving creative force behind The Tragically Hip, who brought their energetic, live performances to audiences around the world for over three decades.
In August of 2016, Gord asked all Canadians to look at the state of Indigenous-settler relations in this country and to “Do something” to change them for the better. In December of 2016, Gord was given the Lakota Spirit Name, Wicapi Omani, which can be translated as “Man who walks among the stars” for his reconciliACTIONs.

Inspired by Chanie’s story and Gord’s call to build a better Canada, the Gord Downie & Chanie Wenjack Fund aims to build cultural understanding and create a path toward reconciliation between Indigenous and non-Indigenous peoples.
DWF is an Indigenous-led organization with a core team of individuals who are committed to moving their mission forward. Their goal is to improve the lives of Indigenous people by building awareness, education, and connections between all Canadians.


* Only secular charities, and those that are not linked to any governments, corporations or political parties will be considered.